Marijan Jevšovar (1922 - 1998) was a Croatian artist, born in Zagreb. He graduated from the Academy of Fine Arts of Zagreb in 1946. Between 1954 and 1956 he resided in France, where he approached the informal research, influenced in particular by Dubuffet. Since the late '50s he created paintings on surfaces which were coated in several layers of grey and white color, defined by the artist as a "negation of the form" obtained by "tainting the white surface of the canvas." During the '70s he also introduced the use of color in his works, though without ever distancing himself from this form of "anti-painting”. In parallel with this research, he has also created posters and art books. He has had exhibitions in Opatija (1959), Monaco (1960), Zagreb (1961, 1972, 1976, 1980, 1993), Dijon (1989), Varaždin (1990) and Umag (1993).
Jevšovar was among the founders of the group Gorgona, active in Zagreb between 1959 and 1966. The group also included Josip Vaništa, Julije Knifer, the sculptor Ivan Ivan Kožarić, critics Radoslav Putar, Matko Meštrović, Dimitrije Bašičević Mangelos and architect Miljenko Horvat. Every one of the artists of Gorgona maintained, developed and enjoyed full creative autonomy. Gorgona has supported various unconventional forms of artistic activity, mainly divided into three sections: the exhibitions at the Studio G (1961-1963, Schira Salon, Zagreb, Croatia), the publication of the anti-magazine "Gorgona" (1961-1966 each edition was a work of art in itself), and the creation of concepts, projects and various forms of artistic communication. 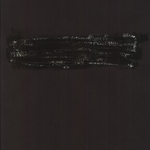